INTRO
This site is 25 years old, still getting over 250,000 hits a month, but no longer functioning very well on the plethora of new platforms. And so jonroseweb.com is being updated. Many items will not be transfered to the new site but remain accessable using a regular computer on the old archived site JonRoseWeb Archive

For 45 years Jon Rose has been creating a unique body of work, almost everything imaginable on, with, and about the VIOLIN. Working with many of the significant pioneers of new music, he has appeared on over 90 CDs and LPs and performs in some 25 countries. He is a recognised virtuoso in improvisation, a composer specialised in writing works for strings, orchestras, and live sampling, a pioneer in environmental works, an innovator in interactive electronics and he has also built over 20 experimental violin instruments and composed over 30 radiophonic works.

HIGHLIGHTS FROM THE LAST DECADE
In 2012 The Music Board of The Australia Council honored Jon Rose with its most prestigious award for life time achievement, The Don Banks Prize. AND The blockbuster 4 CD Box set ROSIN to celebrate Jon's 60th Birthday (a little late) is still available complete with signed used bow hair, data disc, and extensive booklet!

Steve Elkin's prize winning film on the alternative music practice of Jon Rose, Bob Ostertag, Miya Massaoka, and John Luther Adams THE REACH OF RESONANCE is available as a download.

The final manifestation of Pursuit for 130 mobile bicycle powered musical instruments took place in Canberra in 2012, guaranteed you ain't seen/heard nothing like it!

For 2017, Jon was composer in residence at The Peggy Glanville-Hicks House.

June 2018 saw Jon Rose and partner Hollis Taylor in residence at the remote Aboriginal community of Warmun, Western Australia, developing a violin project with the local Gija school kids. Check out what 20 cheap Chinese violins can sound like after 3 weeks with The Wild Violins of Warmun

The Online version is the better bet as there is a colour section and links to videos... however you have to be an academic in an institution to get access...such is the world.

THE ROSENBERG MUSEUM
For the first and only time in Melbourne; The Substation presented - Violin Generator - 4th- 13th April 2019. If you missed it, you'll never know ...

And here are the links to Dr Rosenberg's Wunderkammer in 2018 and in The Museum Goes Live in 2016. 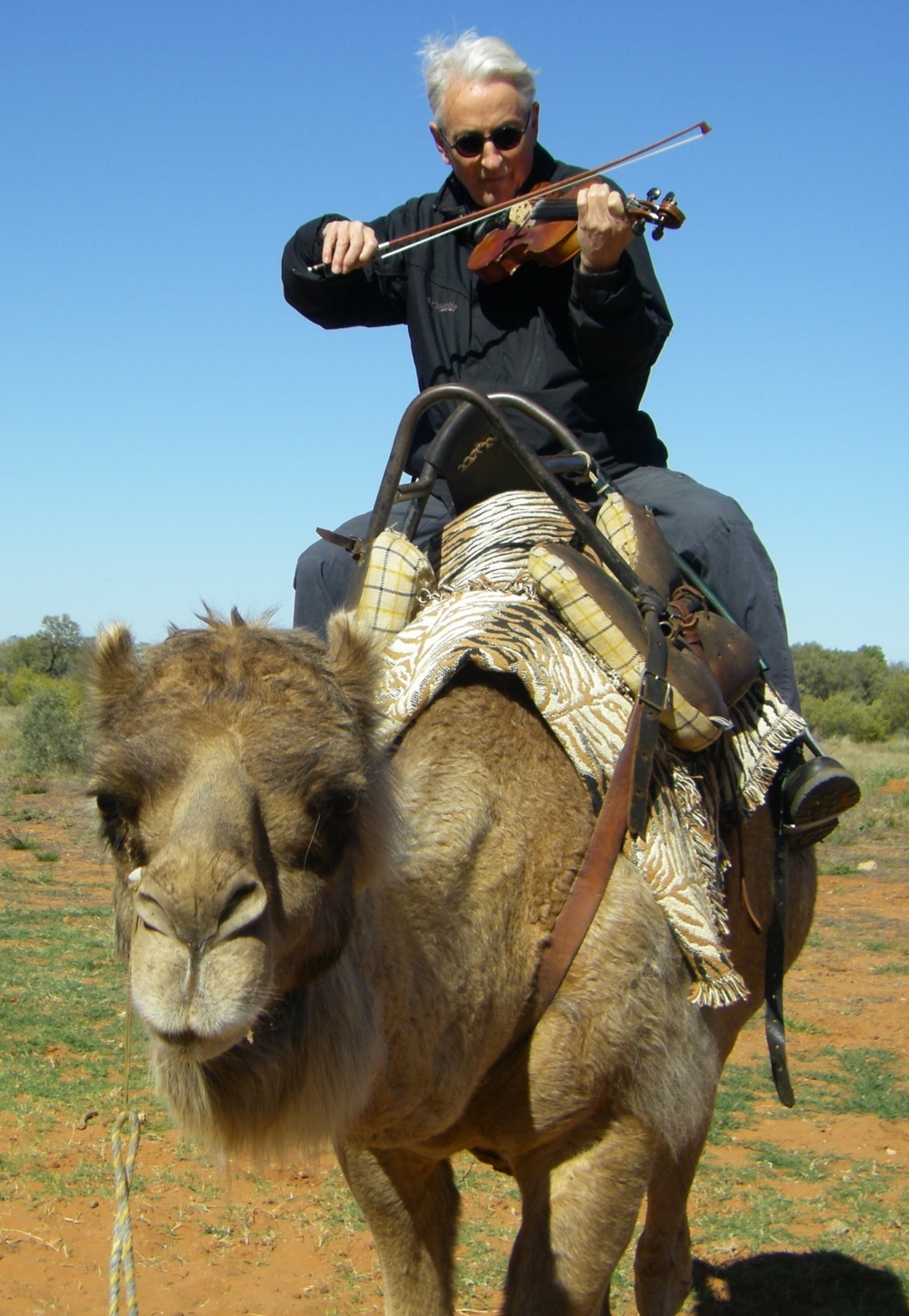