Chirgwin was a 'burnt-cork' artist; his own particular take on the black-face minstrels of the streets of his childhood took the form of a blackened face with a white diamond patch over one eye. And always a bizarre combination of black and white costume finished off with an exaggeratedly tall bell-topper hat.

Despite the racist implications of his trade mark makeup (accepted as normal then, and beyond contempt by contemporary standards), George Chirgwin was genuinely interested and experimental in his approach to musical instruments, and claimed, with more exaggeration than accuracy, to have introduced the Japanese fiddle to the London public. Several years before Chirgwin graduated from the provincial halls, a Mr. Raynor had played the Japanese fiddle in 1871 in a manner that was something more amusing than enchanting.

A novelty instrument of the music-hall, one-string fiddles were also popular with itinerant street musicians and amateur players. They were relatively cheap, they were easy to play by ear, and they were surprisingly loud. They could be home-made - the cigar-box fiddle - or could be put together from a pre-fabricated kit. A number of one-string fiddle tutors were published from 1910 until at least 1932; all were aimed at the relatively untrained player and offered a crash course in musical theory. In 1933, one-string violins were still being advertised in Australia at 7/- each.

Another of Chirgwin's favourite instruments was the Bombass. He claimed to have invented it - a claim more ficticious than factual (its origins are Medieval European)- and made it out of a long bit of wood, a bit of old rope, a pig's bladder and a shark's jawbone for a bow. Dressed in a bizarre Indian outfit, he played it - at the Music-Hall sports in 1909. Mr. Chirgwin was armed with a curious musical instrument described as a 'bombass', from which he contrived to extract much quaint melody. More on the 'Bombass' or 'bumbass' here.

In February1906 Chirgwin's one-string fiddle acquired a horn. At the Palace Theatre (London) he introduced with great success his new Japanese fiddle with a funnel attachment which not only deepens and mellows the tone but makes the instrument more powerful. The addition of a horn was the invention of the London musical instrument maker, Arthur Thomas Howson (1866-1928) Howson registered the 'Phonofiddle' trademark a few months after Chirgwin's first performance on the new instrument. Howson's early training was as an accordion maker in his father's Nottingham workshop. He became perhaps the only musical instrument maker to concentrate solely on one-stringed horned fiddles. Obviously inspired by Augustus Stroh's horned violin, the phonofiddle used a gramophone-type sound-box, inset into the body, rather than the external aluminium diaphragm of the Stroh violin. Howson developed quite a range of phonofiddles; the size and quality of the sound boxes varied, horns were of different diameters and of different materials - copper, aluminium or brass. The 'Grand Concert' model played by Chirgwin had a compass of over three octaves. By 1910, five different models were advertised, and by the mid-twenties, two-string phonofiddles, phono-ukuleles, and phono-mandolines were on offer.

The idea of one-string fiddles with mechanical amplification was taken up by a number of other makers; the most popular alternative was Geo. Evans & Co., 'Stroh' Jap Fiddle, and Barnett Samuel & Sons, Ltd., 'Euphonella Viol'. Frank Hussey, meteorologist on Shakleton's expedition, took one with him to the Antarctic In 1921. Howson Phonofiddle advertising warned the buyer to beware of worthless imitations.

'I could not explain to this day why I can communicate with birds. There is something in the phonofiddle that strikes a chord in them. The quarter tones are the notes that do it. As soon as I played those quarter tones the birds cocked their heads on the side and I found that if wanted them to follow my wishes I merely had to concentrate on them. First of all I only had the little brown one, but later hundreds of different birds passed through my hands and rarely did I find one that did not respond. They would turn around, on the command. They would stand to attention, sometimes I could train them to act dead. Just tell them they were dead birds, play a few sombre chords, and they'd flop down.'

The Boy from Buninyong, the life of an Australian showman by Angela Badger, the Law Printer Melbourne 1993. 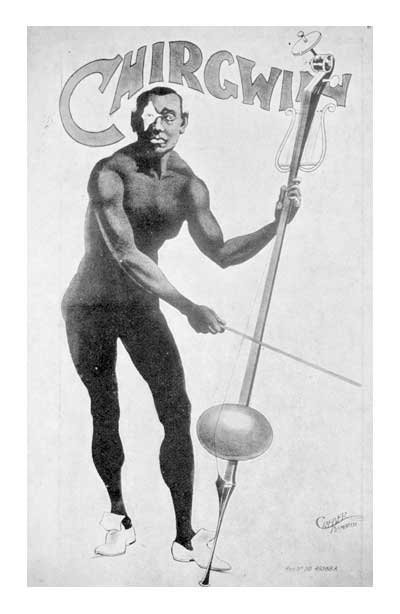 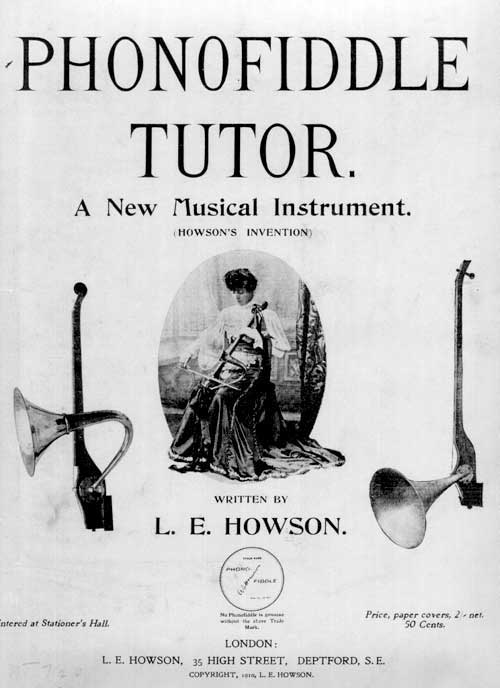 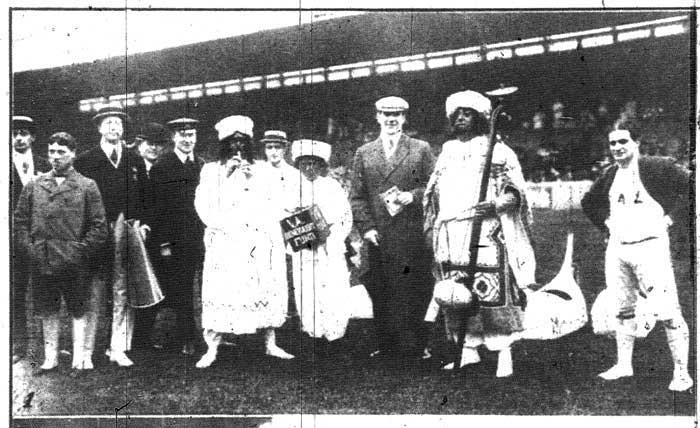 dressed in a bizarre 'Indian' outfit, Chirgwin played the bombass at the Music-Hall sports in 1909 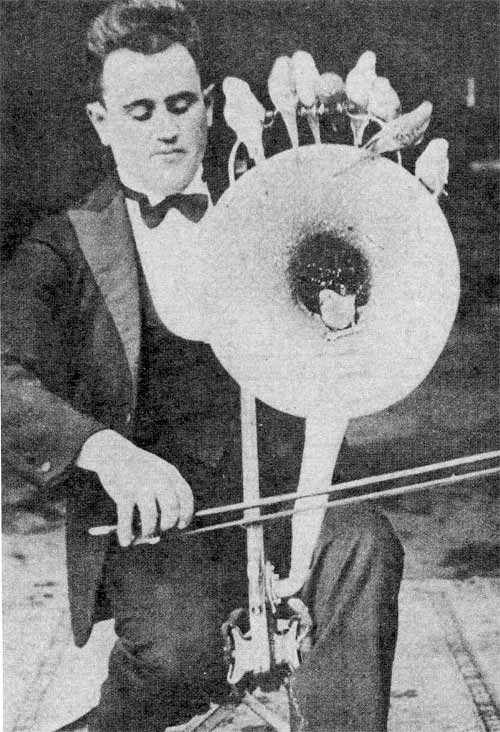 surrounded by singing canaries the phonofiddle lives on in the hands of sydney busker Owen Lloyd.
website by jos berkers