the wind and the violin

Early Proposals
The haunting evocation of wind touches us like nothing else, even those with little thought for the nature of music. The power of the aeolian challenges our conviction of human exceptionalism, we become part of the physical realm ... the elemental.

The Aeolian violin of 1981 exposed me to the relationship between wind and strings. A four meter wide Wind Wall of lateral polythene slats was built around the same time. Although creating some interesting rhythmic pulses, the wall produced little in the way of classic aeolian phenomena. (I had to wait till 1983 before playing outback fences in situ). The other complimentary experiment back then was the creation of a Triple Humming Bow, using discarded 1/4 inch audio tape and based on Chinese kite technology.

The Double Necked Aeolian violin (1981)
was powered by a large sail that collected and funneled the wind, concentrating and forcing that source into contact with the strings. Not easy to accomplish. I reasoned that I was creating an angle of incidence. Although used specifically for describing the way light works on surfaces, I thought it articulated the working relationship of wind and strings quite well (I'm sure scientists would disagree!) Also at the time, living on an island, I had a sailing boat and used this intuitive experience as a guide to find the most efficient angle of incidence - while sailing close to the wind. The Aeolian Violin could be set up as installation, taking its chances on wind direction, or it could be manually controlled by finding the best angle of the incoming wind. Further manipulation was possible by slackening the tuning pegs to pick up wind surges, and then tightening the strings once they had become excited (a technical term for a vibrating string) creating an almost vocal character to the sound.

In 1985, I took the Aeolian violin outback to Cobar and got some super 8 footage - shot by John Jacobs. The sound on this video has been added from recordings made at the same time. 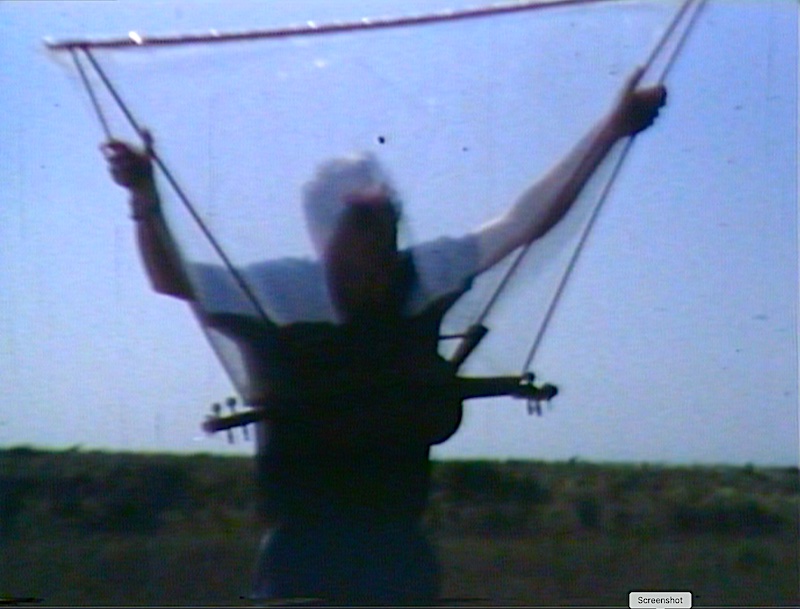 The Windmill Violin (1983)
With wires suspended between buildings opposite the Praxis Art Centre in Fremantle WA, The Windmill Violin was launched...unsuccessfully...as a violent winter wind destroyed the installation before I could do more than take a photo.

The fence Project (1983-2022)
The Great Fences of Australia were often found already being played by the wind with little to add by human touch or violin bow. The wind plays the Australian landscape, sounding its comparatively recent history.

With the crossing of the continent by the Overland Telegraph in 1872, the indigenous people's of central Australia heard aeolian wire music for the first time and named it the singing line. It's a wonderful contradiction that it took the Industrial Revolution to ironically write in sound the vast open spaces of the natural environment...before we mined the hell out of it.

The most recent recording in this series features The Larapinta Fence at Tjoritja National Park, Alice Springs (Mparntwe). 12/13 October 2021. 30 meters of fence produced a dialogue between aeolian and bow excitations of fence wire.

1. Through the use of propellers that have a thin gauge wire whisker attached to their central hubs; the whisker strokes (rather than plucks) the strings at speeds controlled by the wind. Changes of wind direction excite varying combinations of the 4 resonators at different speeds; propellers and bridges can be aligned and fixed in position, so that all 4 propellers can be engaged at one time if the wind is steady in one direction - and if the operator desires that particular sonic result. But in general, most sonically appealing is the give and take, starts and stops, between the resonators and strings as the Hills Hoist moves to the changes in wind.

2. When the wires of both the resonators and the replaced clothes lines line up against the general flow of the wind; classic Aeolian effects can be encouraged (these resonances are always present to a degree). Because of the time it takes for an Aeolian effect to excite a string, the hoist can be lowered to fit into lock position, thereby limiting the angles at which the wind can engage, providing a more efficient interface for the excitation to work through the harmonic series of the strings. 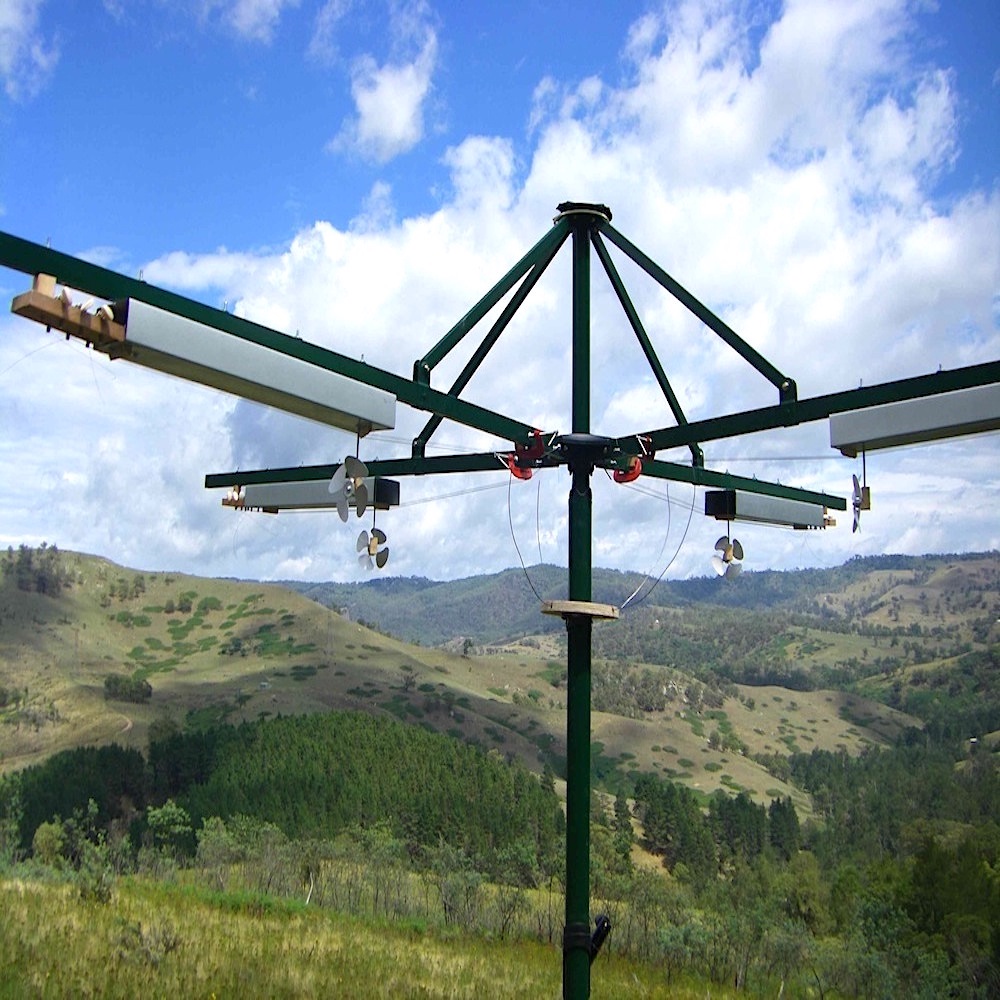 The Monolith (2021)
Since moving to Alice Springs in 2021, I've wanted to renew my acquaintance with good old Greek God Aeolus. Central Australia is windy, pushed by temperatures of plus 40C in summer. Our backyard is particularly gusty with variable wind direction, so I've built a 4 sided aeolian harp to try and accommodate this issue. I've named it The Monolith - not a Space Odessy 2001 but nevertheless quite spacey as it consists of a long hollow box with 24 strings.

Two distinct kinds of aeolian effect have become obvious. The standard Von Kárán vortex street effect is evident when there is a sustained and even wind (the wind causes a vortex behind the string exciting the overtone series), but when the wind is extremely gusty, the alternating vortex effect does not get time to settle and other blown sonic phenomena are created. I'm not sure of the science behind this, but the results can be quite spectacular. The strings take a pounding. The Monolith can be incrementally rotated and thus bring into play adjacent strings to those already sounding. These discrete changes also reveal different partials in the overtone series. But as the French say 'That's all very well in practice, but will it work in theory?'.

The recordings are a simple mix of each phenomena, recorded in 2 situations.

The Tube (2022)
This aeolian instrument consists of 12 strings surrounding a PVC pipe.

I've set The Tube high up on a steel post in a part of the block that has a more stable air flow and less changeable bluster. Meanwhile the effects of global warming appear to be challenging that idea as summer approaches.

The recording was made with air mics embedded inside the tube. The clicks and clonks are caused by either mechanical noise, me making incremental adjustments, or kamikaze insects having their last say.

Other related Aeolians: the power of the wind is revealed in the creation and movement of sand dunes (the sound of sand dunes is a future project, and there are plenty near Alice Springs). And let's not forget the 6th mode of the diatonic scale or the relative minor which I had to practice for hours as a child violin student. 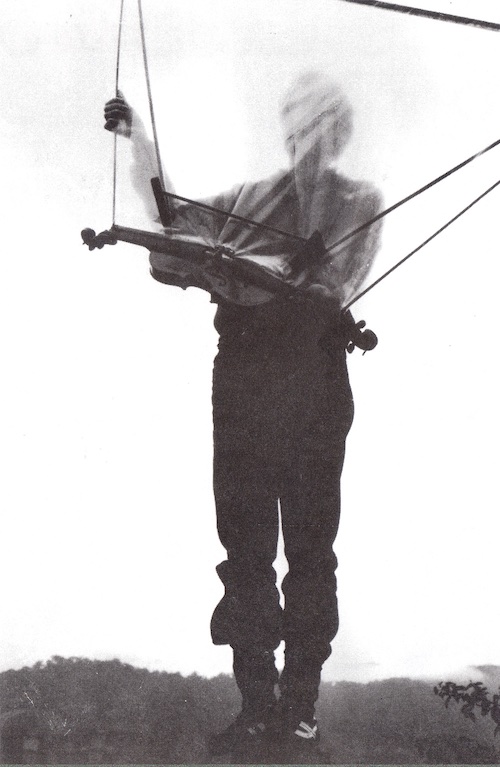 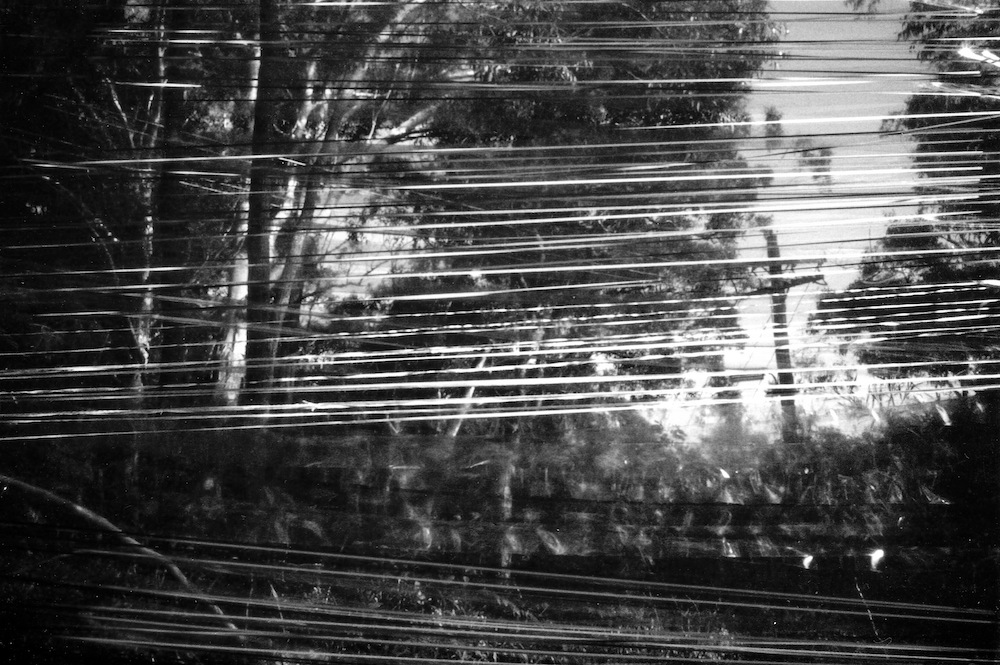 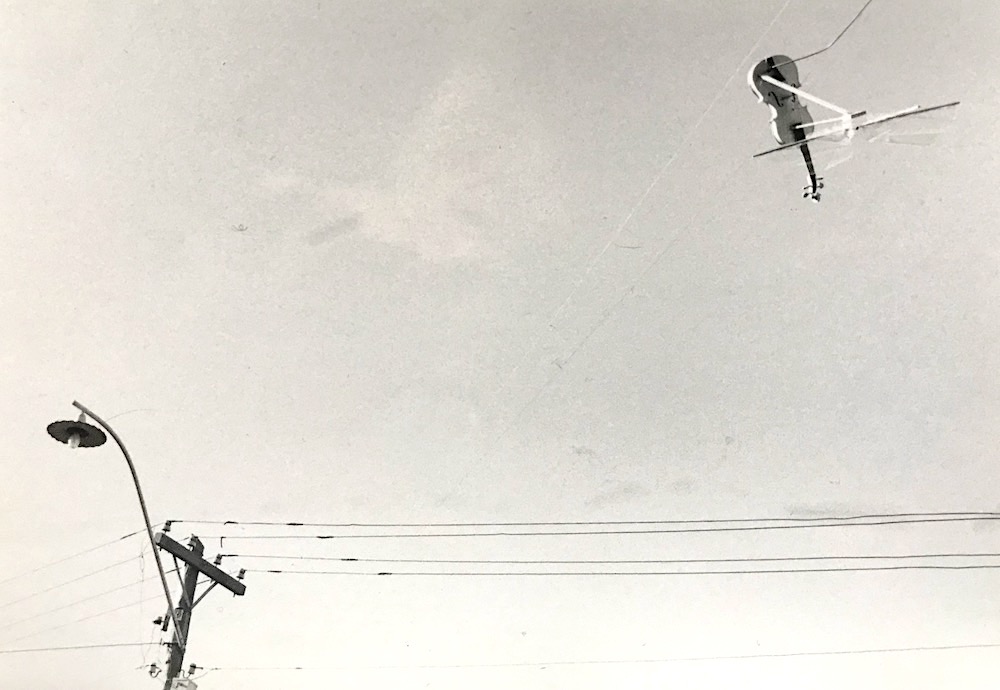 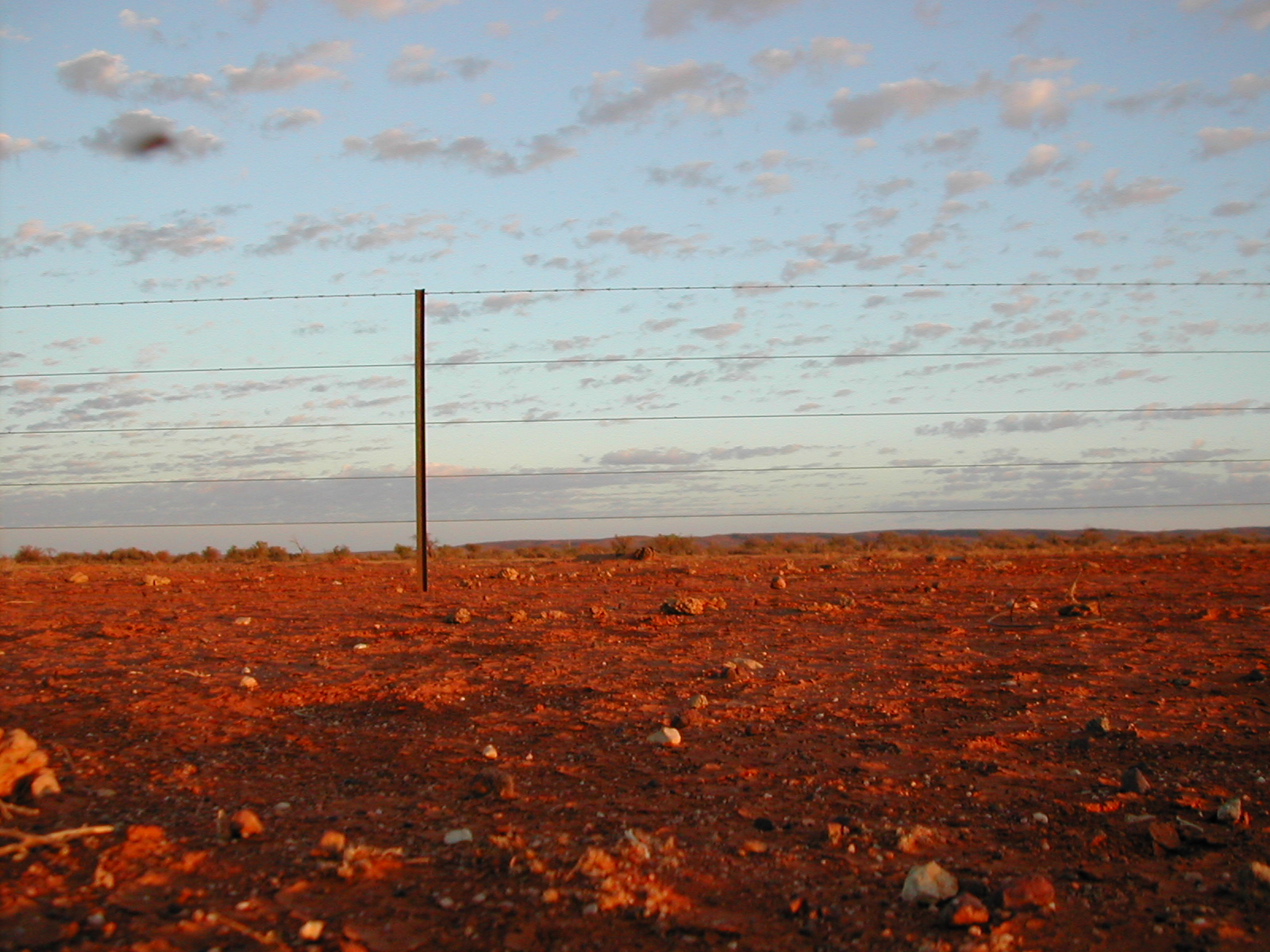 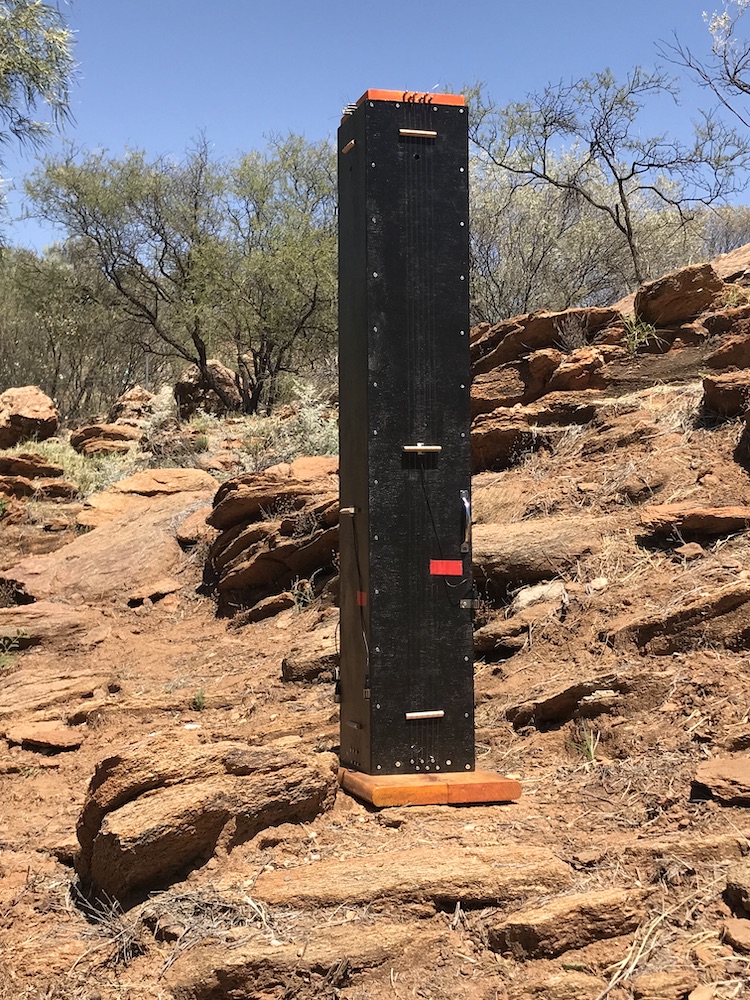 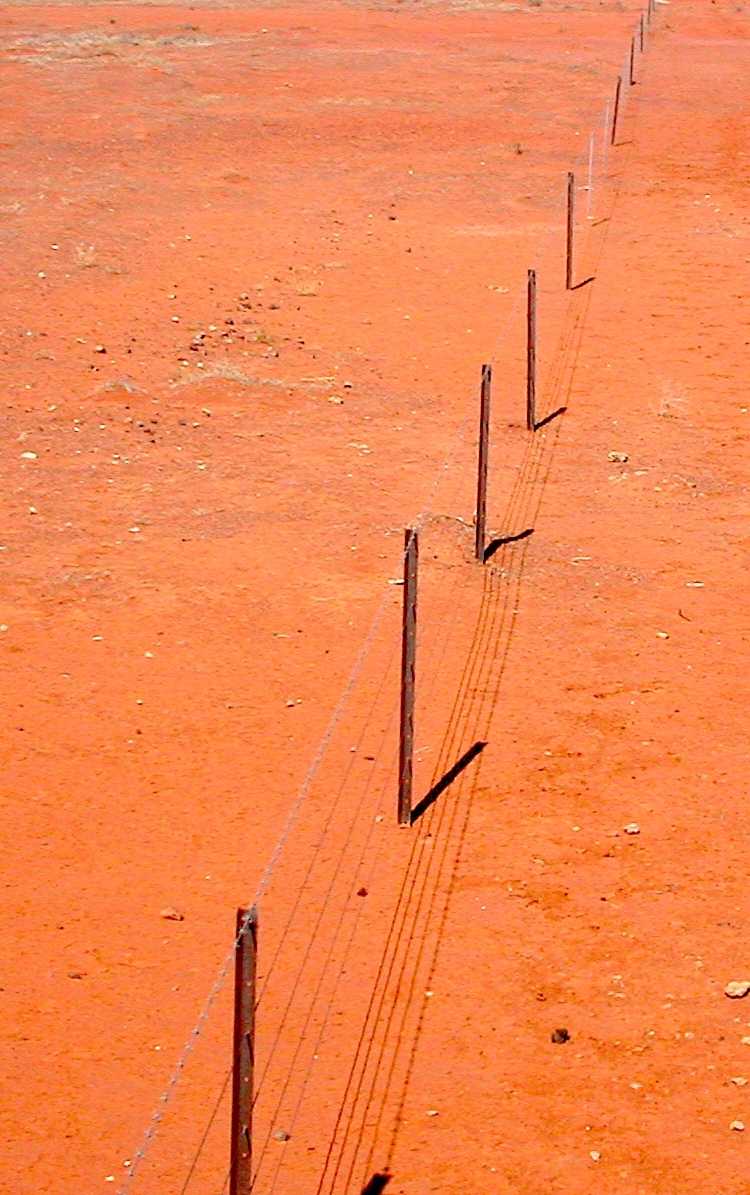 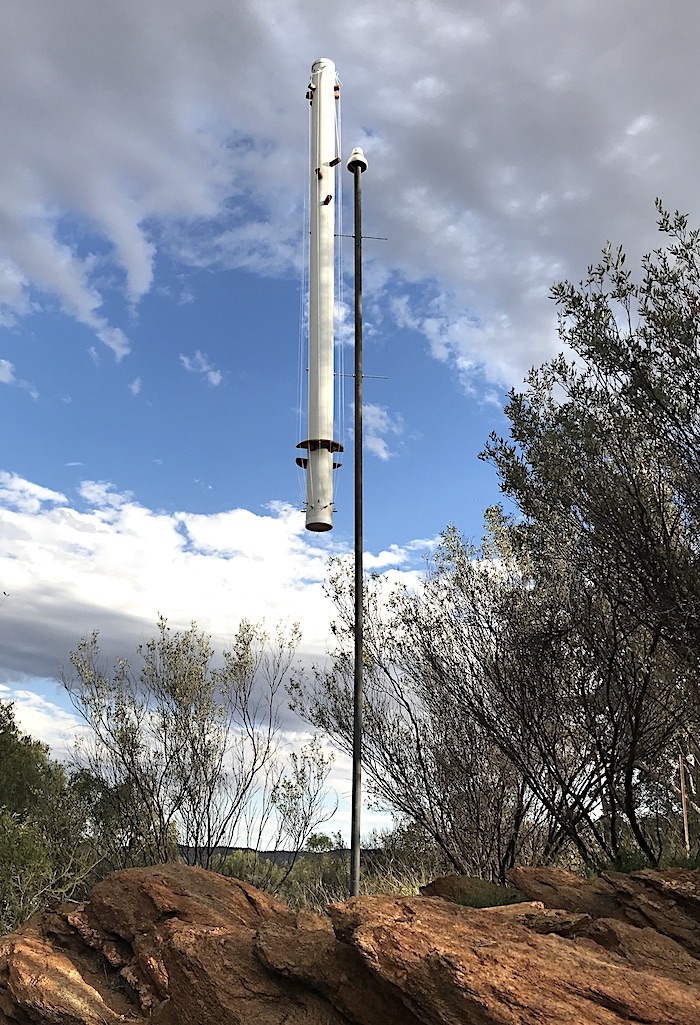