Hanging in a glass cabinet in a music shop in Melbourne's CBD is a peculiar horned fiddle. It has four strings, six pegs, a fretted fingerboard, and a flat metal bridge connected to a nickel-plated sound box or reproducer, which in turn is attached to a fixed metal three-part horn. The horn is nickel-plated sliver and the bell is aluminium. The transferred decal identifies it as: Cello Cordo Rupert Hazell Patent applied for. Nothing if not thorough, Hazell registered three patents for it on three continents.

Rupert Hazell was born 1866, the sixth of nine children of a wharf labourer on the East London docks. At fourteen he was employed as a boy writer at the Royal Naval Stores, then graduated to responsibility for refrigerated lamb carcasses at the Port of London Authority. Not surprising that the theatre appealed. On being advised that the stage was the most fascinating way of starving he resigned and found himself a job at the Central Hall Westminster, at $10 a week. Later he was associated with George Robey, writing many of his best known lyrics, while playing minor comedy parts in regional and London musical revues.

Hazell married Florence A. McKnight (stage name, Elsie Day) in 1913. In 1925 they arrived in Australia and joined the Tivoli vaudeville circuit. Hazell's Australian work included pantomime and radio - he became quite a prominent personality on Melbourne's radio station 3LO, but annoyed the locals with irreverent barbs directed at the incompetence, as he saw it, of the ABC national radio station. Hazell and Elsie Day returned to London in 1929, after some four years in Australia. They left a musical legacy of newsreel film shorts; Elsie Day, a vision in white crinoline sings, accompanied by Hazell on a one-stringed horned fiddle. This Phonofiddle was invented by A.T. Howson in 1906 and made famous on the variety stage by G.H. Chirgwin. It became the inspiration for the Cellocordo, Hazell's invention of his Australian sojourn. Rupert Hazell, comedian, music-hall entertainer and script writer, radio personality died in Hampstead in 1958. His career had coincided with the dying years of the music hall; he started as a vaudeville artist and by the end of his working life he was a B.B.C. radio star.

The Cellocordo attempted a kind of synthesis of these Howson bowed and plucked variants. Its straight edged bridge enables all strings being bowed simultaneously, thereby obtaining chords... Covering all the bases, Hazell also suggests that the bridge could assume an opposite angular inclination or a very slight curve for an easier combination of chords and solo lines. The provision of a detachable bowing guide is also peculiar to this instrument, to be removed when one becomes skilled in the manipulation of the instrument. The new features of Hazell's instrument, the flat bridge and the bow guide, rather than constituting an improvement, would probably have served only to make the instrument less playable (in a traditional sense).

Howson's Phonofiddle was a horn amplified version of the One-String Japanese fiddle, a nineteenth century British instrument played in music-halls and on the streets. This instrument was of the cheaper small goods variety, easily played by ear. One-string Japanese fiddle tutors were published from 1905 until at least 1932; D.I.Y. instruction manuals with basic music theory and fingering guides, aimed at the cheaper end of the market. Rupert Hazell's Cellocordo patents suggest a familiarity with one of these tutors, written and published in 1910 by Laura Howson, violin teacher, and wife of A.T. Howson. In keeping with the sentiments of Howson's Phonofiddle Tutor, the Cellocordo may be handled successfully by one who is quite unskilled in the usage of stringed instruments and in a remarkably short space of time play tunes wholly in chords, or in part...

It seems that Hazell occupied his daytime hours demonstrating his unusual instrument The Cellocordo Easy to learn, easy to play, three instruments in one at Allan's, a Melbourne music store, before evening performances at The Tivoli, a few blocks away.

While in Melbourne, Hazell continued the tradition of British phonofiddle performance on the variety stage. Playing either the Phonofiddle, or his own Cellocordo. Rupert Hazell, who is seen as Abanazar in 'Aladdin' at His Majesty's, is understood to have invented a new one-string fiddle played with a bow of the cello type. This remarkable instrument has a beautiful organ-like tone, and when played by its owner, it reminds people of a distant hosanna in St. Paul's or a Te Deum in St. Patrick's. The tone of the instrument has been obtained by assiduous experiment, and is really a monument to the patience and skill of the actor.
Table Talk A Journal for Men and Women 7/1/1926 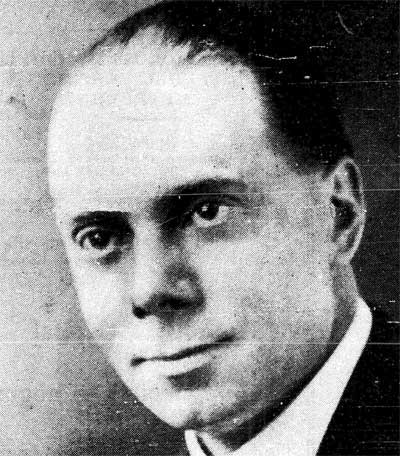 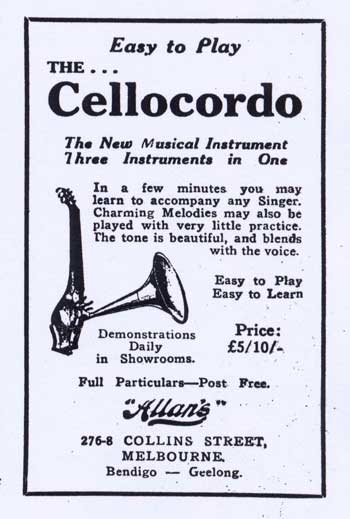 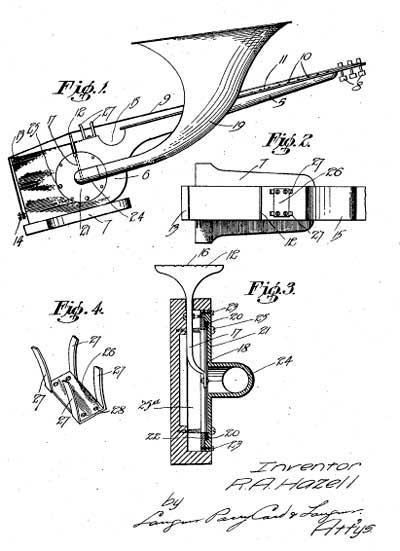 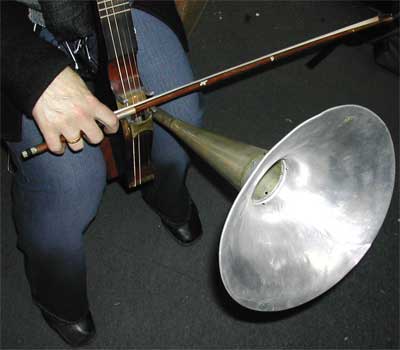 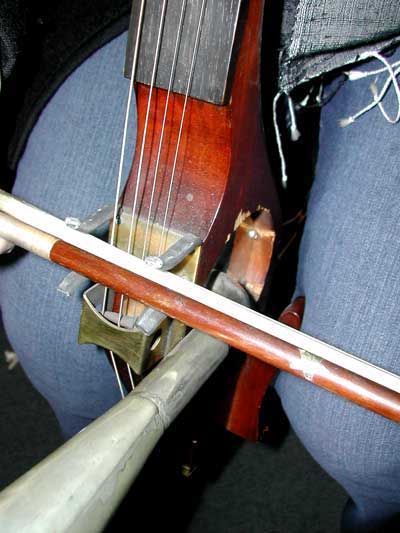