the museum that messes with your mind!

For the first time in Australia!

Installations of The Rosenberg Museum have been featured all over Europe in its 30 year life, now it's finally home. The museum is the creation of violinist, composer, artist, inventor, writer, Jon Rose and houses a cornucopia of violin iconography - a cabinet of curiosities highlighting violin stories that are musically other, historically twisted, or culturally critical. The original and engaging surreal ZDF 1990 film about the Rosenberg Museum in Berlin can be seen here

Amongst the collection is featured a robot violin played live by very wealthy Wall Street traders, a player piano transcription of a Las Vegas casino where extremely poor people lose the rest of their money, a bowing machine, an automatic string quartet powered by Robbie Avernaim's SARPS, Cor Fuhler's Keyolin, a plethora of home-made instruments including The Fence, The Plectraphone, The Traveling Monochord, the 6 String Downpipe, the Bowing Wheel, The musical Coffin, a replica of Paganini's penis, an abandoned electric organ, the ultimate book of music criticism 'rosenberg 3.1', and violin iconography that is profound, humorous, bent, and often transgressively challenging.

The museum also celebrates a retrospective look at three Jon Rose projects - the world renouned Great Fences of Australia, The Pursuit Project, and The Relative Violins including a reconstruction of the triple neck wheeling violin. 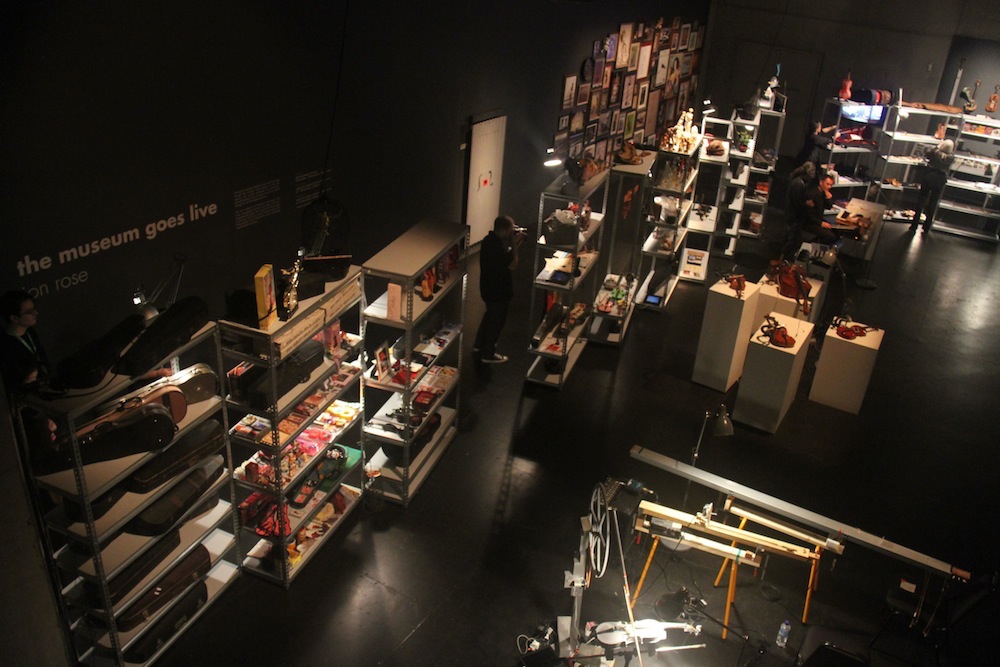 Jon Rose is the major philosopher and cosmologist in a violin-centric world. Through his work he has fashioned totally new ways for violinists to think of their bows and their instruments. He has given listeners freshly made dimensions to contemplate. When I think of Jon, I'm reminded of Leonardo. He has fearlessly and fancifully explored all the currently known parameters of the violin and discovered many previously hidden ones as well. Jon has led the way in using the violin as a tool to explore life. If all he had ever done was to give us the sounds and the image of the violinist bowing barbed wire fences throughout the world, it should be said that his work has placed the violin front and centre as a force for renewal and regeneration in a tired world.
David Harrington, Kronos Quartet, San Francisco, 8 March 2012 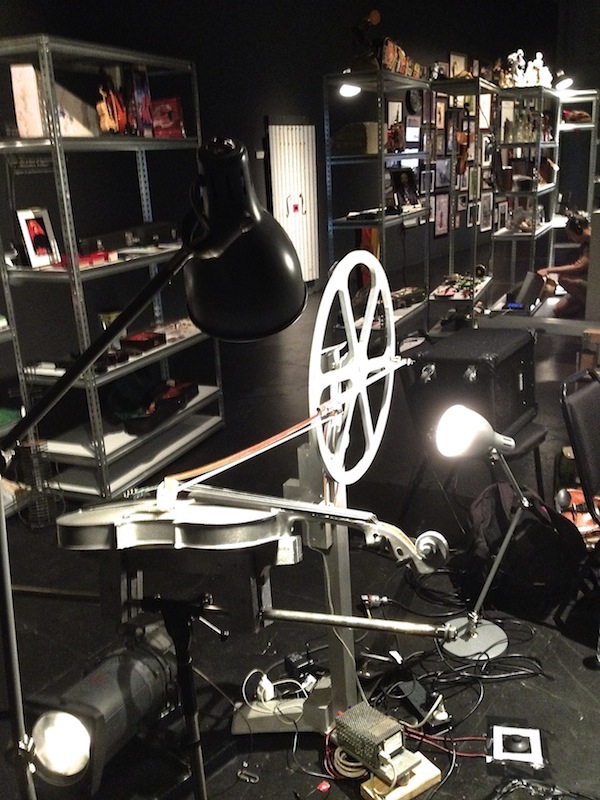 The Rosenberg Museum is an obsessive monument to the violin in all its guises; as a musical instrument, as a visual and sonic object, as an iconic cultural artefact, as a symbol of taste, class and power. This institution resists any convenient definition: It could be seen as either a fiction built out of facts, or an actualisation of the manifold virtual possibilities of a string instrument, and though it once nominally resided in the town of Violin, Slovakia, it really inhabits a conceptual rather than a physical space. Fundamentally, the Rosenberg Museum is an expression of its creator Jon Rose's idea of the violin as an unfinished experiment, a counterbalance to conventional attitudes towards what a violin should look and sound like.
Erkki Veltheim, violinist, Composer, The Museum Goes Live Catalogue 2016


Music in a Time of Dysfunction1 was recorded at rehearsal on 25/10/2016 by the ABC (thank you Stephen Adams), and re-mixed by Jon Rose in January 2017. (The clicks are the sound of the musician's lights being turned on/off)

The Gamble is from The Sound of Money Project. It was recorded at The Museum Goes Live on 30/10/2016. The player piano is driven by a MIDI derived recording from a Las Vegas casino, and the Data Violin is driven by live data from Wall Street traders. The relationship of very rich people making lots of money and poor people losing what's left of their money 'sound' connected because most slot machine jingles play in C and I have tuned the Data Violin to C in sonic sympathy. 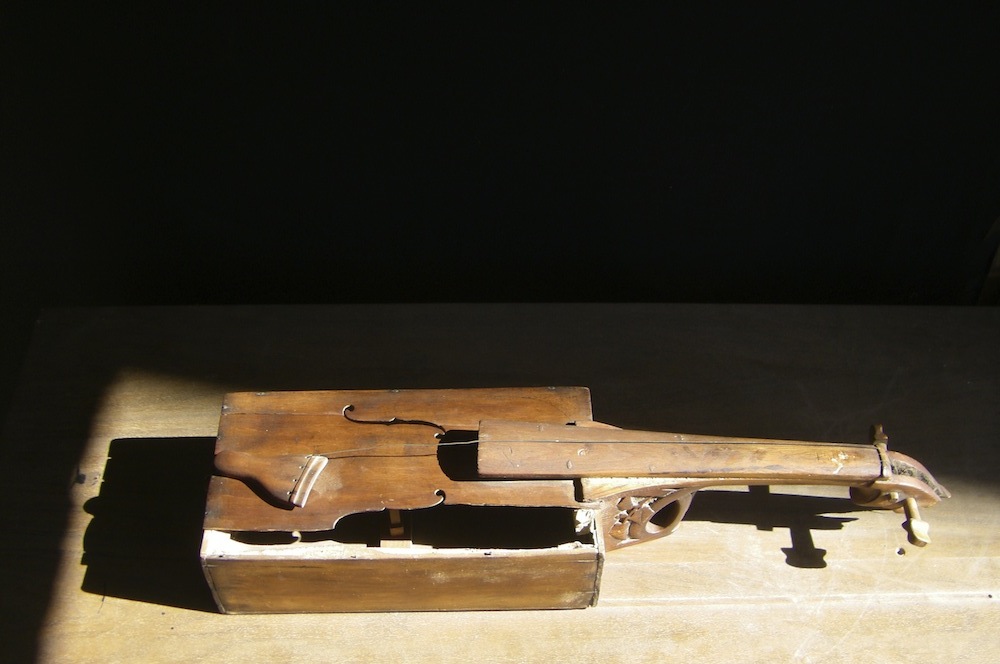 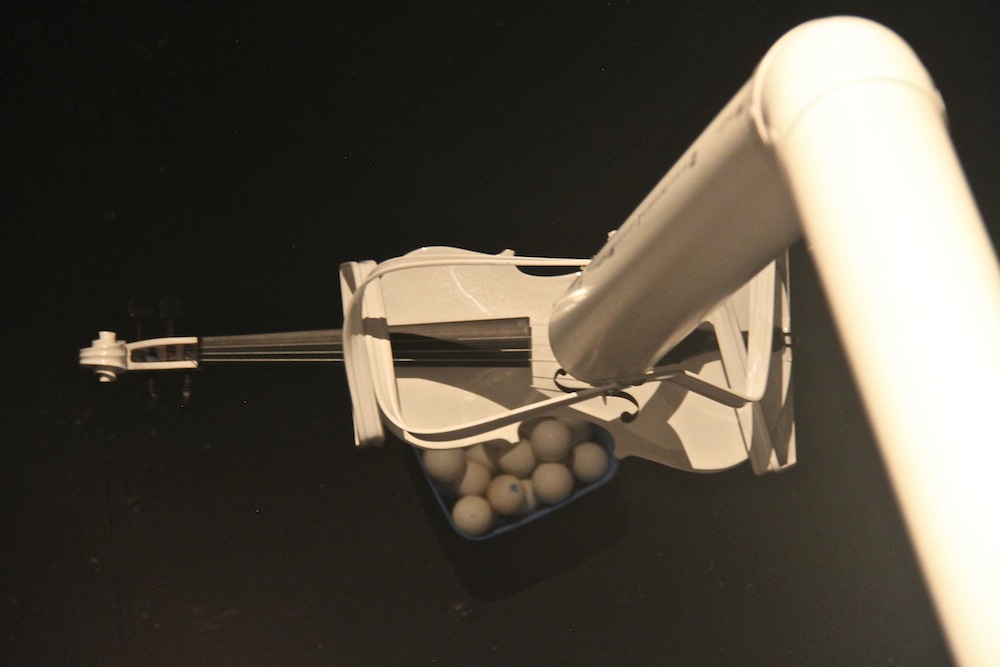 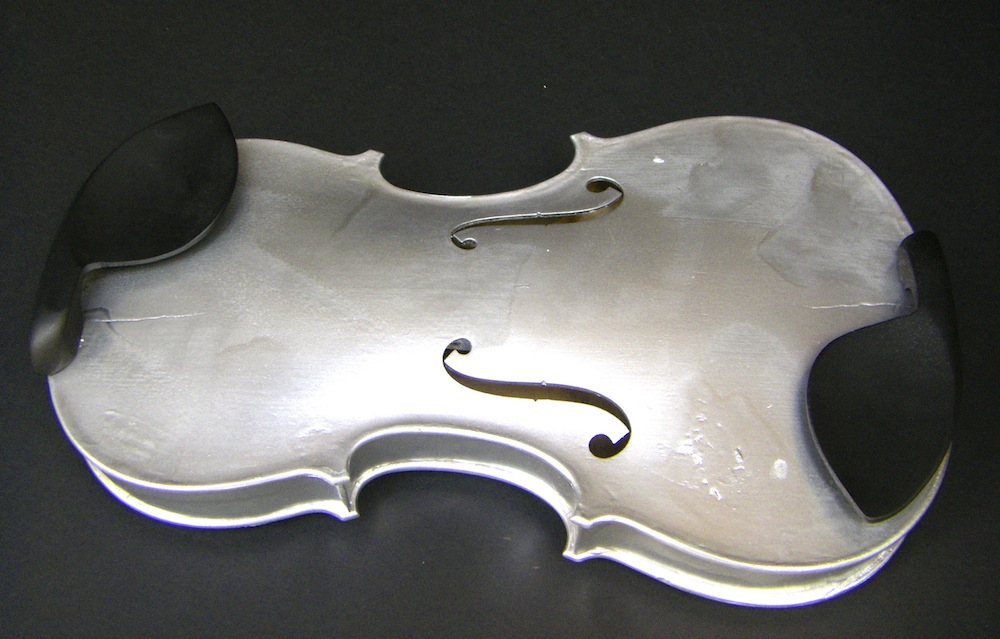 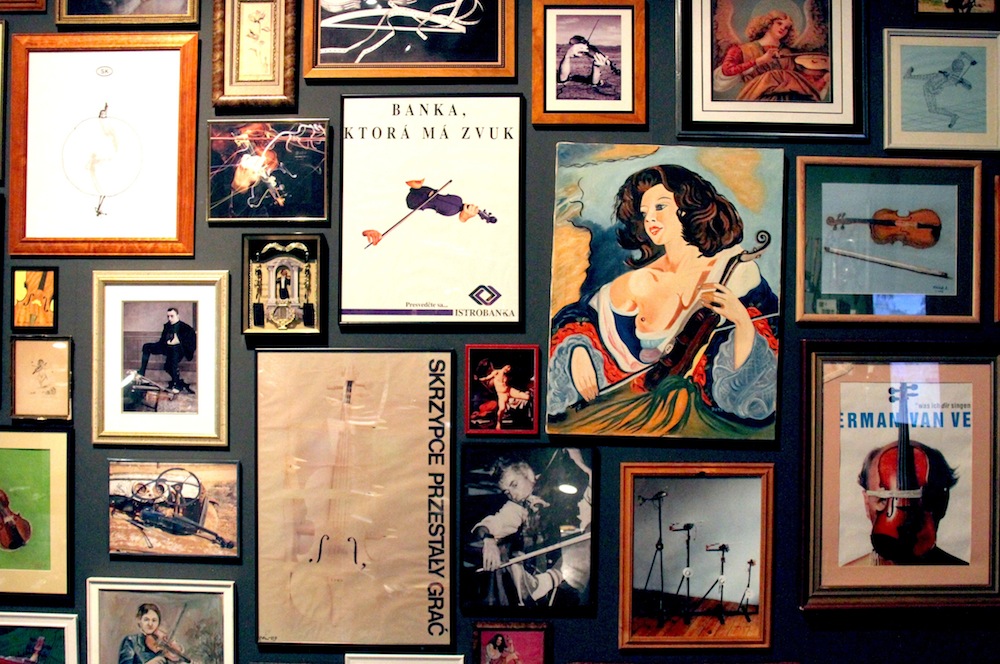 selection of paintings from the Rosenberg Museum 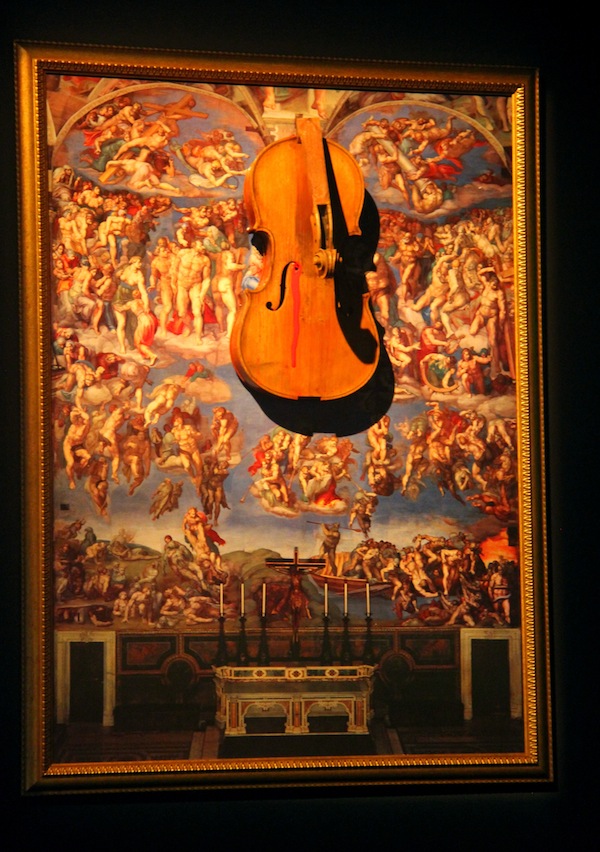 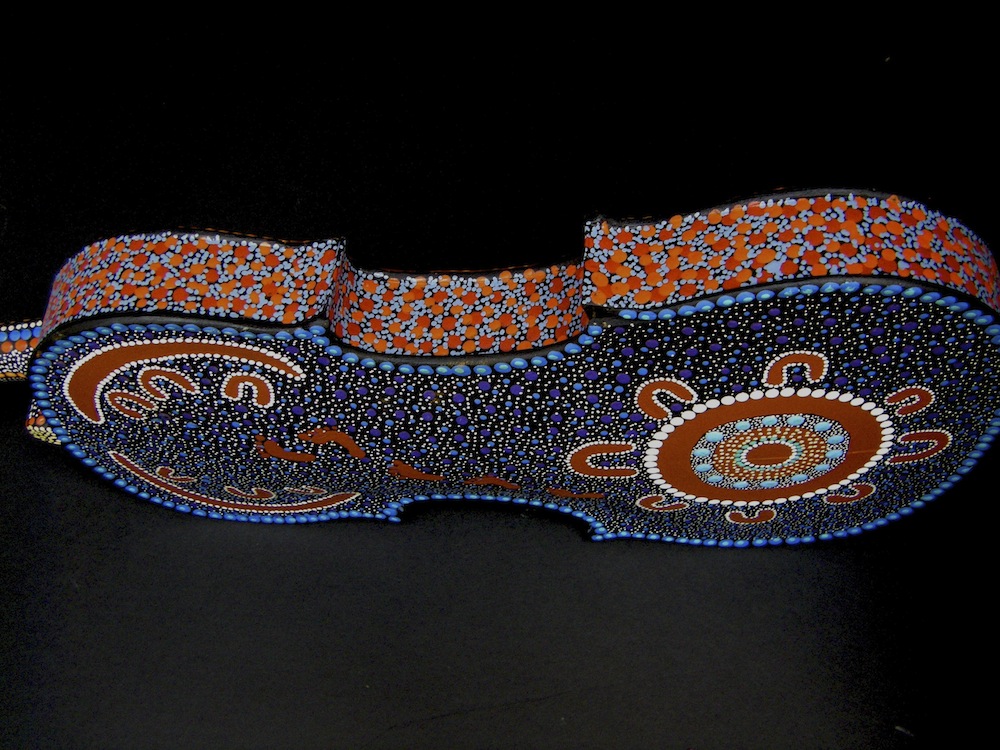 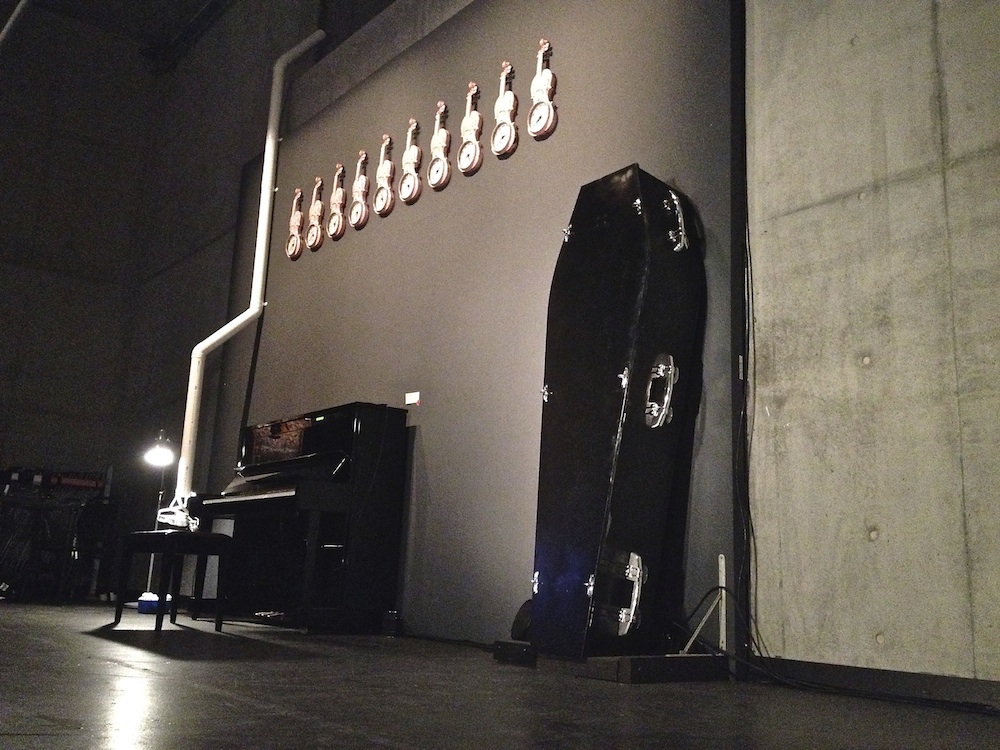 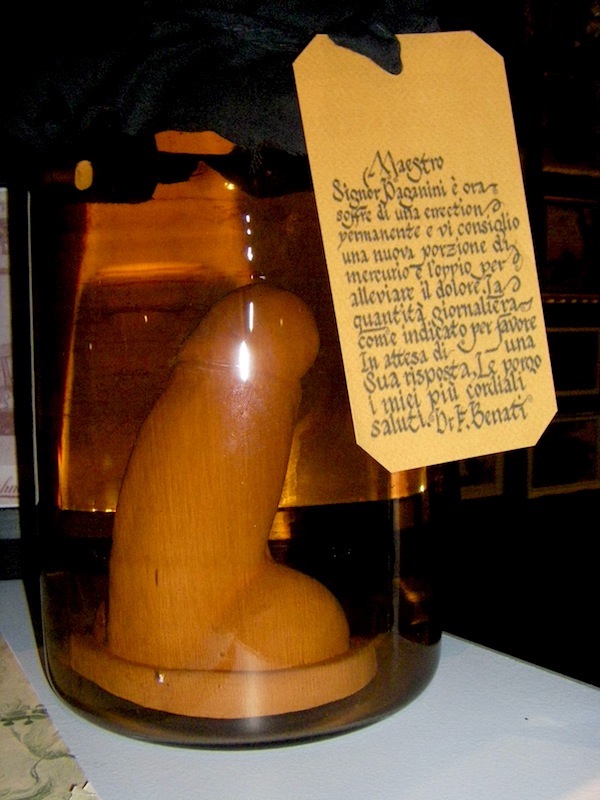 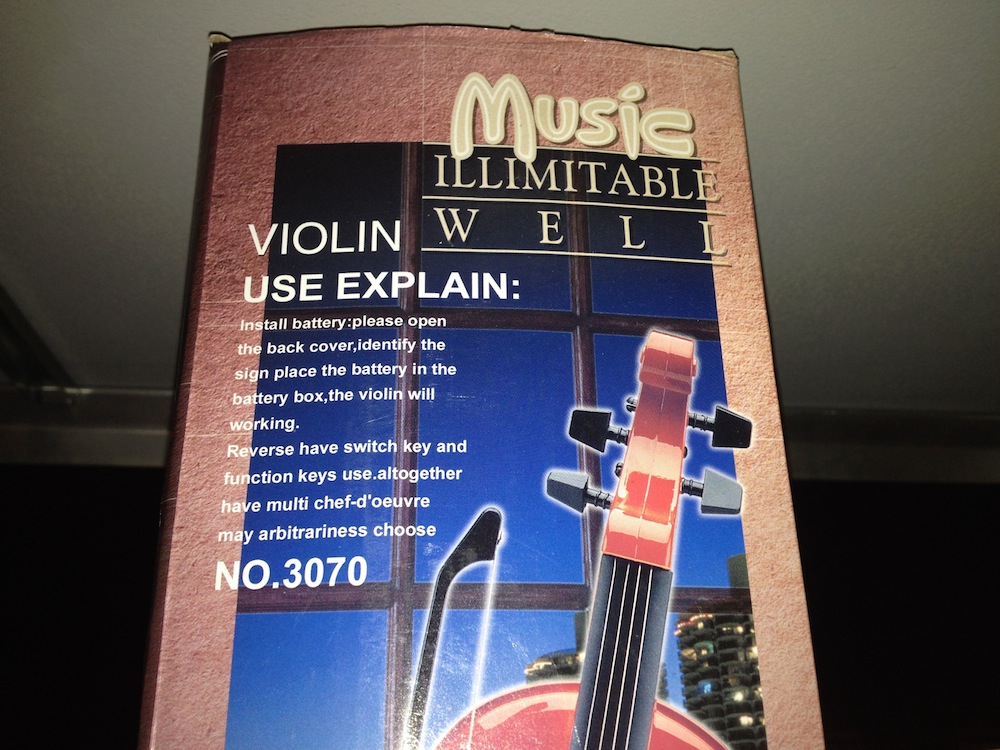