In 1987 Jon Rose introduced the interactive violin bow into the world. Since then he has been exploring the possibilities of interactive electronics at STEIM, Amsterdam through a series of violin bow compositions, known under two generic titles as either The MIDI Bow or The Hyperstring Project.

In 1998, in collaboration with Tom Demeyer, he became the first violinist to manipulate iconic violin images and live video at the end of his bow.

The K-Bow may or may not be the final word in the fusing of an ancient and a very recent technology, but it certainly has opened up a new playing environment for any string player daring to explore this tactile world. WARNING: The K-Bow is no longer supported by KMI.

Following are the opening provocations from the Jon Rose article Bow Wow which is published with permission by The Leonardo Music Journal.

Bowed string music has always existed as an aural culture with improvisation considered as a prime focus of expression. It is the author's strong belief that experimentation is the natural state of all string music. This paper concentrates on recent history: bows that have incorporated interactive sensor technology. The central narrative deals with the author's own experiments and experience at STEIM since 1987. How reliable and practical is this technology? Are the results worth the trouble? Are there new modes of improvising only possible with an interactive bow?

Sometime after the last ice age, a hunter-gatherer returned to his cave and, instead of sharpening his arrows for the next day's sortie, picked up his bow and started to improvise on it---using his fingers, a stick or a bone. Sometime later, in a stroke of genius, he started to use that weapon to excite the strings of a chordophone, a precursor to the rebab, lira, ravanastron, er-hu, kalumbu, crwth, berimbau, bumbass, chikara, viol and violin, to name but a few from the long list. Bows come in a plethora of shapes and sizes, from the colossal arched Vega bow invented through misguided Bach scholarship to the abrupt, serrated and hairless stick used with the Korean ajaeng (zither). One thing, however, that bows with hair have in common is their stick-slip action. While the bow hair is sticking to the string, motion in one direction is followed by a quick snap back in the opposite direction upon release. This gives rise to the characteristic sawtooth waveform and consequent sound of the bowed string.

The bow is forever weaving a pattern, like a giant knitting needle noodling with imaginary wool, drawing transitory shapes, creating an abstract gestalt, not quite a synesthetic condition, but posing intangible relationships. The sign is written in the bow stick as well as by it. The bow drips with its own totemic language. Looking at classical violinists on youtube with the sound turned down, it is possible to pick the composition being rendered (or murdered) as much by looking at the bow as by watching the left hand. The whirl of bow activity is a clear indication of sonic attack, duration, speed, timing, rigor, acoustic projection and (in non-classical musics) pulse. Amplification can readily confuse that relationship---a volume pedal can transform or reverse that expected expression and function of bow, the lightest toneless bow hair sound becoming as loud as a full-on sforzando down bow. 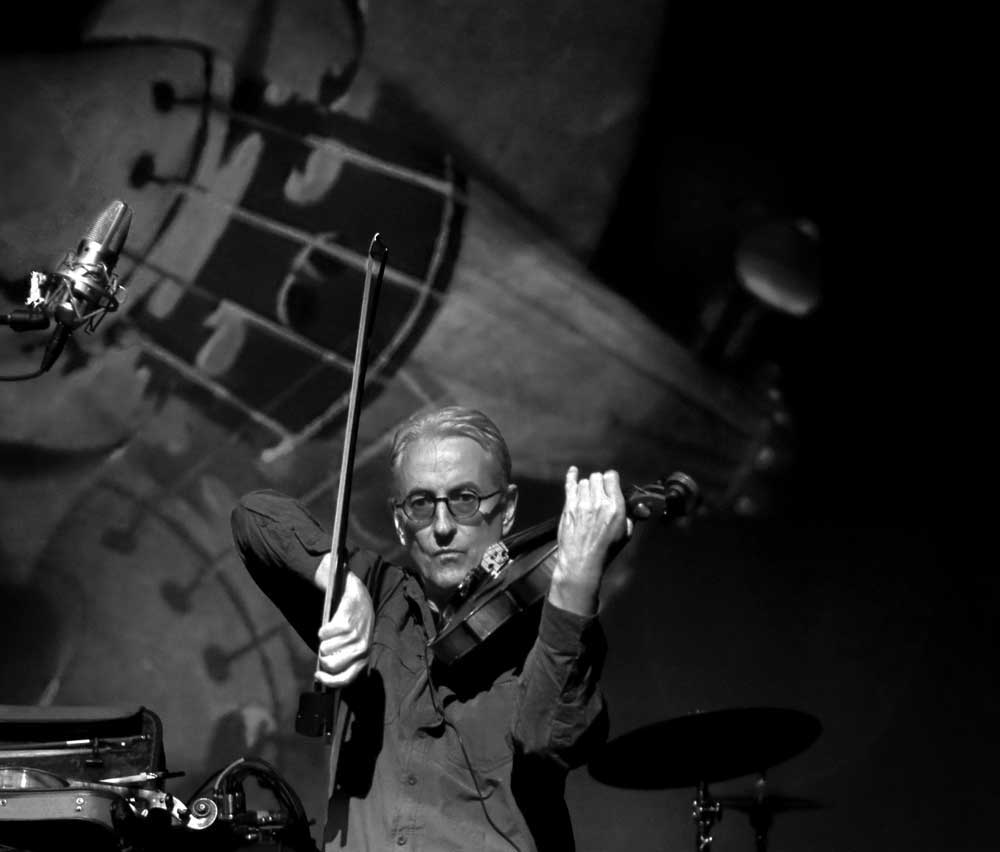 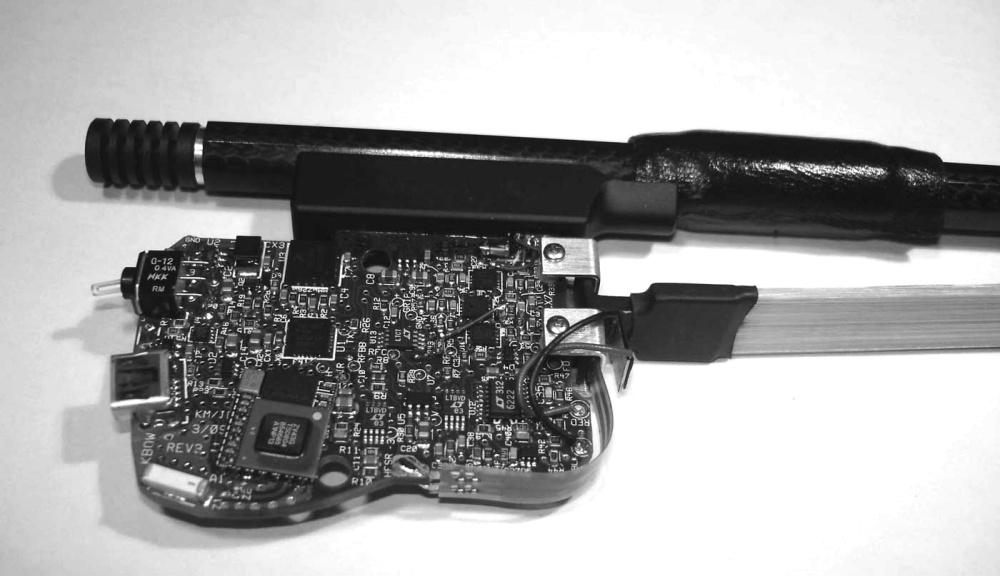 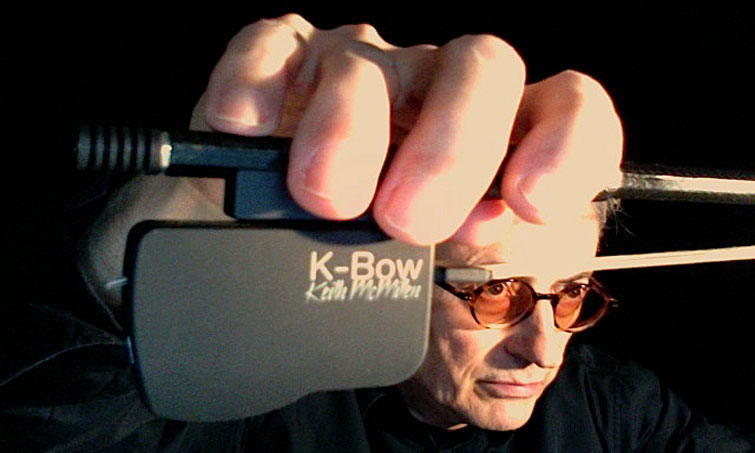 Jon Rose with K-Bow, What Is Music Festival, Sydney, 2010

tenor violin, K-Bow, on board processing, 2019
website by jos berkers